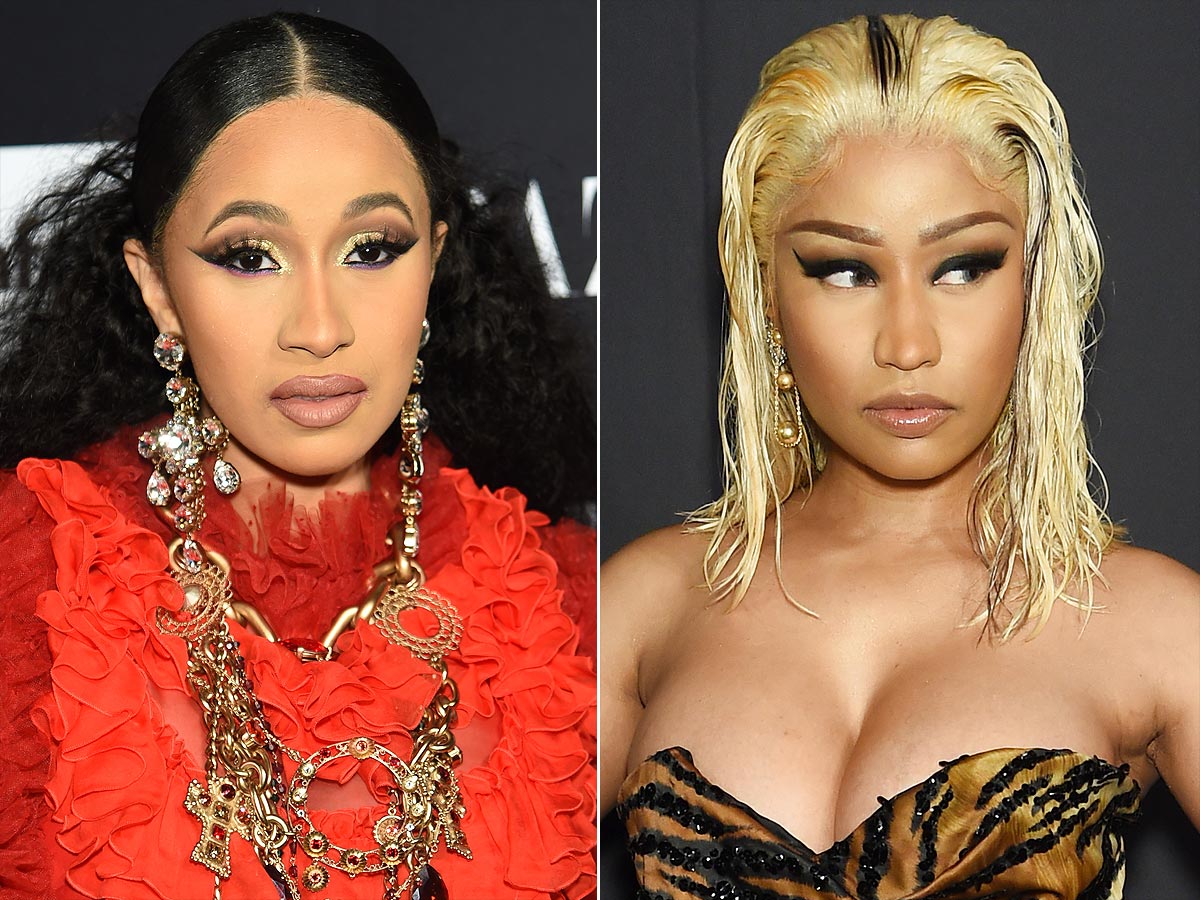 Nicki Minaj returned for another wild episode of Queen Radio on Monday (September 10) featuring a quick call-in from Tekashi 6ix9ine and special guest Funkmaster Flex. During the show, she addressed the Cardi B fight over the weekend.

Nicki referred to the incident as “mortifying” and “humiliating” and denies ever saying something negative about Cardi’s daughter Kulture, which is supposedly at the root of the melee.

“I was in a Gaultier gown — off the muthafuckin’ runway — and I could not believe how humiliated it all felt because we … made ourselves look — and I’ma get back, but before I go, I wanna say that I would never discuss anyone’s child. And it’s so sad for someone to pin that on me because I’m the bad guy and they’re gonna believe them.

“I would never talk about someone’s child or parenting … It’s so crazy to me that people always need to make Onika the bad guy. If you’re right in whatever you’re doing … just speak your truth.”

Nicki doubled-down with, “I just want people to know that Onika Tanya Maraj has never, will never … speak ill on anyone’s child. I am not a clown. That’s clown shit. The other thing is to tell the world something just because you look fucking dumb.

“You knew that when that footage came out, you was about to look fucking dumb, so your publicist — also looking fucking dumb — they hurried up and put out a statement.”

Nicki then reveals why she didn’t react and accuses Cardi of not earning her own success.

“I’m such a ill-ass bitch I didn’t even feel the need to defend myself that night,” she says. “I just want everybody to marinate for two minutes. .. But we did hear this woman say that nothing’s off limits … because she has built her career off of sympathy and payola.”

“The world gave you a blessing, of a beautiful bundle of joy, and the only thing on your mind after you gave birth was to attack people and to stop their bags … And you wanna let your publicist write something about stopping bags? Do you know what it is to sit in your room for hours and days at a time writing raps? You came into my fucking culture! I never had a DJ to play my fucking songs.

“This is about, get this woman some fucking help. This woman is at the best stage of her career and she’s throwing bottles and shoes?… You niggas don’t care until somebody’s fucking dead…. This shit ain’t fucking funny. You put your hands on certain people, you gonna die. Period.”

Despite the physical altercation, Nicki revealed she wont’ be pressing charges against Cardi.