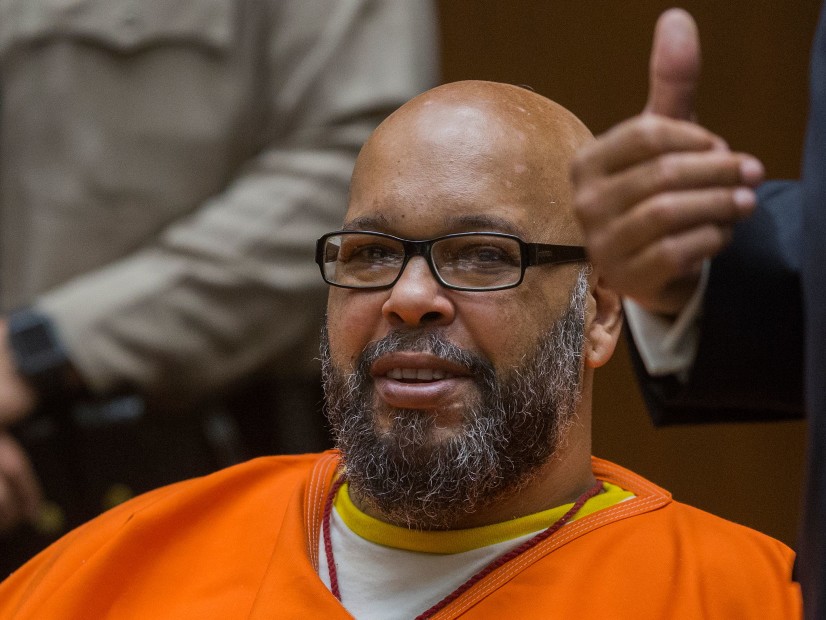 Los Angeles, CA – After three years, the long, drawn-out Marion “Suge” Knight murder trial has come to an unceremonious end, with the former Death Row Records CEO potentially looking to spend the rest of his days in prison.

The Los Angeles Times has learned that Knight, 53, struck a plea deal that resulted in an instantaneous 28-year sentence for the hit-and-run death of Terry Carter during the January 2015 filming of the eventual blockbuster film, Straight Outta Compton.

Knight copped to one count of voluntary manslaughter and also admitted that he used his truck as a deadly weapon on that dreadful day — a special allegation for the case.

His sentence will begin on October 4 in Department 101 of the Foltz Criminal Justice Center. The Los Angeles County District Attorney’s Office has revealed that Knight would receive 11 years for the voluntary manslaughter count, which would double due to a prior conviction under California’s three strikes law.

An additional five years would also be tacked on over the deadly weapon allegation, seeing that it’s considered as a serious and violent felony.

The no contest plea absolves two of Knight’s high-profile criminal cases. In August 2014, he was indicted for making criminal threats and in September 2014, he was accused of stealing a camera from a woman as comedian Katt Williams served as an onlooker. Superior Court Judge Ronald S. Coen dismissed those charges at sentencing.

On January 29, 2015, Knight was arrested and charged with intentionally ramming his Ford F-150 pickup into Carter and Cle “Bone” Sloan in the driveway of Compton eatery, Tam’s Burgers located at Central and East Rosecrans avenues.

Knight had originally pleaded not guilty while facing life without the possibility of parole had he been convicted.

Knight will once again enter prison leaving behind a Hip Hop legacy that has superseded urban legend. As the controversial boss of the once seemingly invincible Death Row Records, he oversaw multi-platinum releases from rap legends Tupac Shakur, Dr. Dre, Snoop Dogg and more while basking in rumors and folklore of ruthless behavior. He also infamously was driving the vehicle that Shakur was shot and later killed in on September 7, 1996.